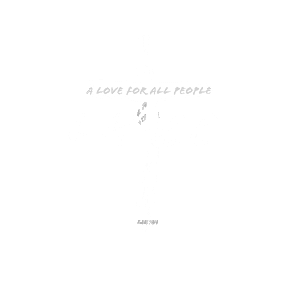 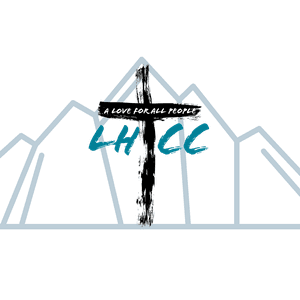 "A Love For All People"

We put family as a large priority by offering classes for every age. It's important to us that you have a strong foundation in the Word of God and that you are equipped to share the Gospel of Jesus Christ to a lost and dying world. If you are looking for a Bible based church and believe in the Power of God to change people's lives, then you have found the church you are looking for.

Lake Hills Christian Center started off like many churches in the late 1960’s – in a living room with people that had a conviction to serve our God and give Him their all (many of whom had been part of the Azusa Street Revival in Los Angeles, years before). The pastor at the time was a female minister (name unknown). The congregation grew too large for the small room and moved to a large tent. After that became too small, the congregation purchased a building in Home Gardens and called it Home Gardens Assembly of God. Sometime later, a Pentecostal preacher and retired Air Force chaplain, Pastor Harold Peck, stepped in with a vision for growth. While at this location, the church started growing like a wildfire and the Word of God the same. They started a bus ministry with over 7 buses that would drive far and wide to bring children and adults alike to hear the Good News. In that time, Pastor Peck began a monthly building fund and purchased a large plot of land on the nearby hill. It stayed undeveloped for many years due to unsuccessful attempts to obtain building permits. The leadership thought that it would be better to sell the land. However, Pastor Peck had a vision for the land and how God would use it. The design and location of the church was revised and after a while, the church was able to obtain the permits and broke ground in Lake Hills. The building that now stands was built by the congregations’ own hands and many of the materials were donated. It was registered by the County of Riverside in the 1980’s under the name “The Lighthouse”. Originally, the driveway entrance had a wooden bridge built by one of the deacons. He had collected aluminum cans to pay for the wood he needed. Eventually, the bridge was replaced with asphalt, but the rails of the bridge remain today. A stage was erected on the west side of the property and held many sunrise services, plays, concerts and “America Back To God” rallies with The Blackwood Brothers, Jeff Fenholt, Johnny Hays, Pat Buchanan, Terry Anderson and Oliver North, among others. Pastor Peck asked a church member to dig seating into the hill with a backhoe and dedicated it the “Ray Riggs Amphitheater” which is overgrown with vegetation, but is still there. In 1994, Pastor Peck retired and the church voted in Pastor Mike Rouhotas, a young and vibrant man, to lead them. At Pastor Mike’s suggestion, the congregation renamed the church “Lake Hills Christian Center”, to connect it to the surrounding community. He had a wonderful vision for the church and held huge 4th of July parties for the community that included a water slide that ran along the side of the amphitheater. Later, a BMX track was built where the stage once stood. It was later torn down due to vandalism. Pastor Mike resigned in 2006, and went home to be with the Lord in 2014. Today, our church is lead by Pastor Jim Contreras, a fearless leader who is dedicated to the church and preaches the Word of God without prejudice. Our mission here is to tell the people in our community about the Good Word, that Jesus loves us so much that He died for us, has risen from the grave and is coming back. Pastor Jim has overseen remodeling projects and has transformed the church into the beautiful building it is today. Our motto is “A Love For All People” with services and ministries for men, women and children. Part of our outreach is our Food Bank Ministry, where those that are in need, can come on Friday and get enough groceries to last a week. This is free to the community, although not free for us, but it’s something that our congregation believes wholeheartedly that “What you have done to the least of these, you have done unto Me”. We love our community and are proud to serve its’ people in His name. May God bless you and your family with peace and love.

We are currently in the process of "REVAMPING" our church. This includes Our social outreach, updating our technology and building, and starting up new classes. It's a very exciting time to visit and plant roots, with new things popping up every week.

Here is our plan for the REVAMP Fund.

Here is our plan for the REVAMP Fund.

What this means for you

You have an amazing chance to come in and make us your home church. Every nail in our building was hammered in by the people of our church over 30 years ago, and today we all have a chance to be a part of the upgrades. 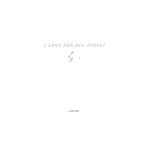 "A Love For All People" We are your local Assemblies Of God church, located in the beautiful Lake Hills area of Riverside county. We are a growing church with our hearts set on growing closer to Christ everyday.